Blood Flow Through the Brain, pt. 3 (Circle of Willis)

Take a moment to review part 1 and part 2.

Now we’ll take a more in-depth look at the Circle of Willis. This is a type of anastomosis, or connection between vessels, which helps preserve blood flow in the brain. Let’s look at some images, first in context of how the Circle is situated in the brain: 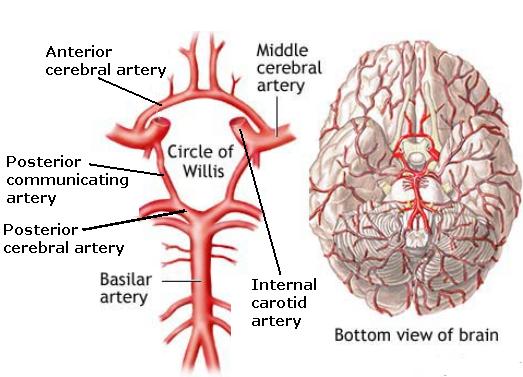 And now up close: 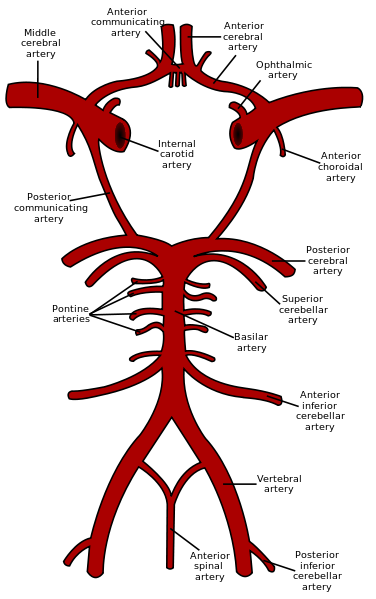 This structure is important to keep circulation flowing in the event of a blockage to prevent ischemia. You can imagine how useful this mechanism is in a patient significant blockage in one of their carotid arteries. Even if blood flow was decreased in the left carotid, blood from the right carotid would be able to flow through the Circle and prevent ischemia.

This is also the site of a number of aneurysms: 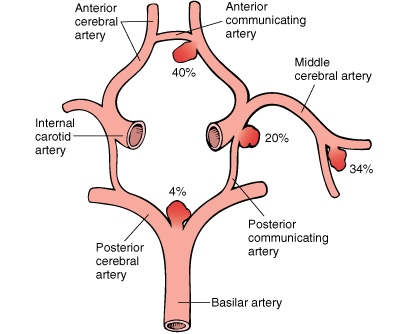 Above you see the location and percentage of occurrence of brain aneurysms. What’s the most common location for a cerebral aneurysm? The anterior communicating artery, as seen in the image (also remember the anterior circulation accounts for the majority of strokes).